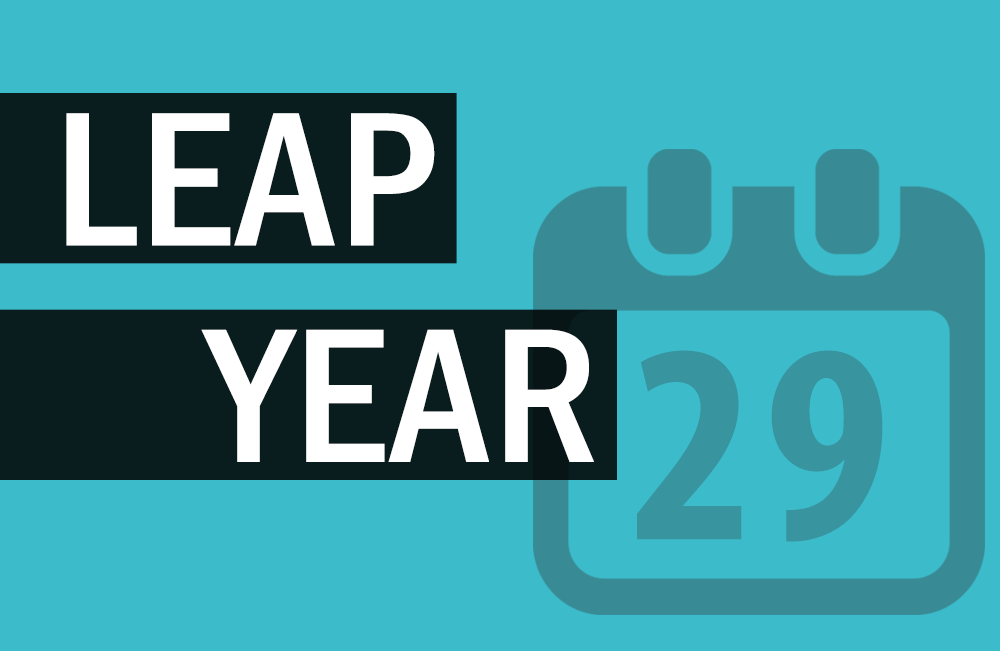 2016 is another Leap Year. How does adding February 29 to the calendar affect payroll, pay day, paychecks, and more at your small business? Read on to find out.


Despite the leap year’s clockwork appearance every four years, employers always seem to struggle with the idea of an extra day on payroll. For some employees, February 29th is just another workday; as an employer, you should absolutely adopt their mentality.

Complications can arise, however, if the 29th falls on a payday. For example, a normal year has 52 weeks and one day, leading most years to have 52 paychecks. In the event of a payday on a leap year, you will likely have to allocate funds for a 53rd paycheck—an arguably negligible charge in the grand scheme of your business, but a wrench in the works, nonetheless. To avoid any unpleasant surprises regarding your leap year payroll, familiarize yourself with the following information.

As common sense would dictate, hourly employees have little to worry about. An extra day in the year is another day on which one might work, leading most consistent hourly workers to take home slightly more on a leap year than a regular year. If your payroll provider is on a per-check basis, your yearly total might come out to be more than average, so be ready to defend your expenses.

If you have a salaried employee in the office on February 29th, however, some argue they’re technically working for free. Overtime-exempt employees receive the same amount of money for a 365-day year as they do for a 366-day year, leading many to criticize the lack of difference between paychecks. Most employers counter this argument by referring to the employees’ standard of pay—an “annualized basis.”

Most salaried employees’ contracts bind them to a yearly total, but a loophole exists in that a “year” is often not quantified further than a 12-month period. Unless your contract specifically defines a year as 365 days, you need not worry about allocating a stipend or reserve funds for your salaried employees—though you might want to prepare for a hearty amount of dissent.

As mentioned previously, an extra check or pay period will make a noticeable difference in your end-of-year records. This inconvenience alone might be enough to dissuade you from paying your salaried employees extra for the leap year.

On the other hand, you have your employees’ well-being to consider. A leap year will lower their average checks by a small amount per pay period, meaning they may become discouraged or frustrated as a result. As with most business decisions, it is up to you to gauge the situation and act accordingly.

Leap Year Payroll is only a concern every four years, but don’t let an extra day ruin your employees’ morale or your record keeping. Whether the year has 366 days or 365, give Abacus Payroll a call today at 856-667-6225 to find out how we can help streamline your small business payroll process!