Local Income Tax: What is it? 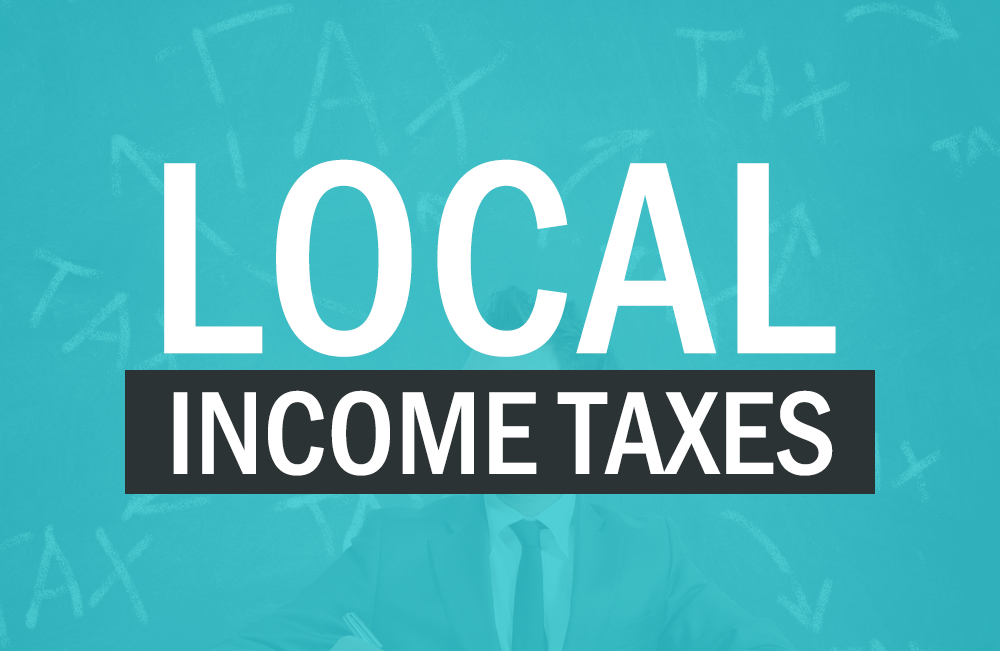 Local income tax may seem like the proverbial salt in the wound left by normal taxes, but like it or not, it’s becoming increasingly common. Based on the county or area in which one lives, local income tax is often quite low—ranging from about one to three percent of an individual’s income—and it can serve a wide variety of purposes, from supporting the arts to supplementing a city’s budget.

Unfortunately, as an employer, it is your job to determine local income tax and withhold it from your employees’ pay the same way you withhold federal and state income tax. Due to the isolated nature of local income tax, you may not know how to recognize, withhold, and account for it. Here are some tips to get you started:


Reportedly, 12 states have implemented some form of local income tax in at least one of their districts. The 12 states include: Alabama, Colorado, Delaware, Kentucky, Michigan, Missouri, New Jersey, New York, Ohio, Oregon, Pennsylvania, and West Virginia. To date, nearly 5,000 jurisdictions spread across these states have recognized a local income tax, with states such as Maryland distributing it throughout each of their counties. Notable large cities in our region with a specific City Wage Tax in play include Philadelphia, PA and Wilmington, DE.

Which payroll tax rates affect you for 2016?

Though most of these states belong to the Northeast regions, certain jurisdictions scattered throughout the United States are beginning to enforce local income taxes for a variety of reasons, so you should make sure your worksite isn’t located in an area with such a tax before ignoring it.

How to Calculate Local Income Tax

Of course, it isn’t always that simple. If you have an employee who works in multiple local municipalities, the situation becomes more complicated. There are three primarily ways in which an employee might bounce around between addresses for work, and here’s how you would handle them:

Depending on the address of any of the above three areas, the employee may qualify for more or less local income tax than a first glance might warrant. You don’t want to have to make up the slack, so make sure you know your county’s regulations ahead of time.

We get it: just when you think you’ve got your payroll covered, another wrench ends up in the works. If you’re struggling to keep track of your local income tax, we can help—call Abacus Payroll today at 856-667-6225 for a no-obligation quote!