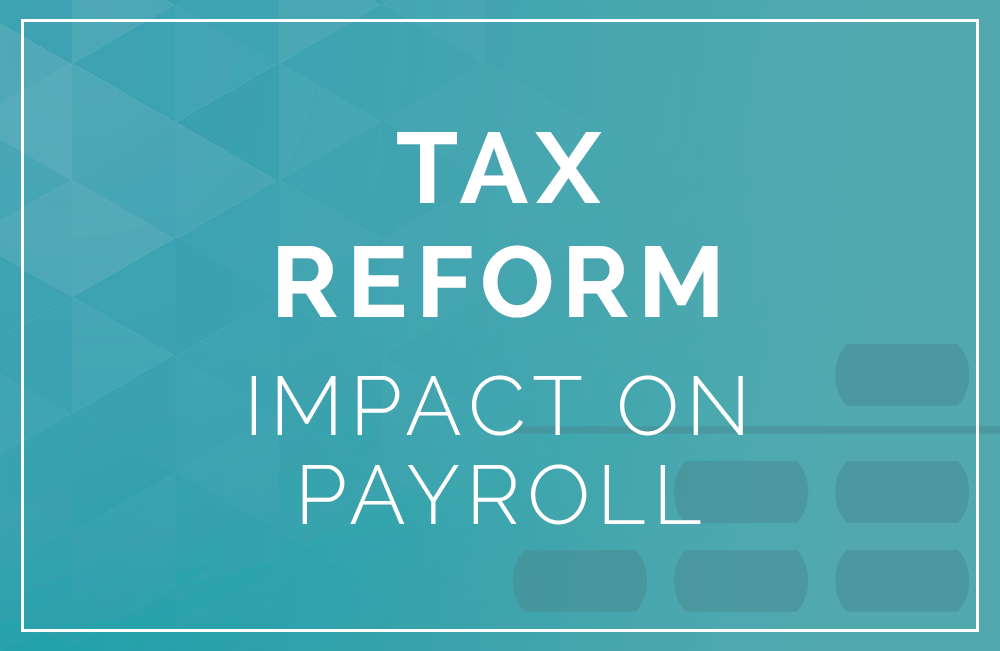 Each year brings new changes in how employers and employees alike must handle the following tax season, and 2018 is no different. Thanks to the recently passed Tax Cuts and Jobs Act, you can expect changes to the way that you handle tax documents, exemptions, tax rates, fringe benefits, and more in the coming tax season.
Here are a few things that you need to know about your payroll going forward due to tax reform.

As it sits, the minimum income tax rate (10 percent) didn’t decrease, nor did the second-to-last rate; these rates will stay the same as they were last year. However, every other individual rate dropped by anywhere from one to four percent depending on the tax bracket.

Tax brackets themselves also saw a substantial overhaul, making income tax withholding calculation even more of a mess. The current tax brackets and their respective withholding rates for a single filer are as follows:

Naturally, these brackets and the accompanying withholdings are significantly different than in previous years, so your payroll software will have to reflect both of those changes. It’s also worth noting that the IRS are still in the process of releasing timetables and resources, so keep an eye out for future developments.

You have until February 18, 2018 to implement these withholding criteria. Another significant change that the Tax Cuts and Jobs Act made is pertinent to the Form W-4. Since tax withholding has changed, the W-4’s criteria need updating to comply; as of the end of January, an updated form W-4 isn’t available on the IRS’ site, so any withholding will have to use the current W-4 template until the IRS make available an updated W-4.

The IRS plan on having an updated form W-4 out by March, but until then, your employees will be using old W-4s, which will result in some inaccurate withholding. While this withholding will most likely lead to a refund in 2019, make sure that your employees are aware of the situation as soon as possible—it’s important for them to know that the issue is due to the transition, not faulty payroll.

Personal exemptions that your employees claim on the old W-4 will not carry over once the new form W-4 releases, so make sure that they fill out new W-4s as soon as they’re available.

In light of the Tax Cuts and Jobs Act, your first move should be to discuss these changes—both current and prospective—with your payroll team. While there are plenty of unknown factors right now, your payroll system will need tweaking to manage the new tax withholding and bracket information.

It’s also incredibly important that you monitor the IRS’ response to this act, as their timeline for updated timetables and tax documents isn’t set in stone. The sooner you get your hands on the tax documents in question, the more time you’ll have to review them and adapt to any changes in them.

Tax season is always stressful, but there’s nothing quite like a round of tax reform to up the ante. Don’t wait to ask for payroll guidance during this transition—call Abacus Payroll at (856) 667-6225 today!